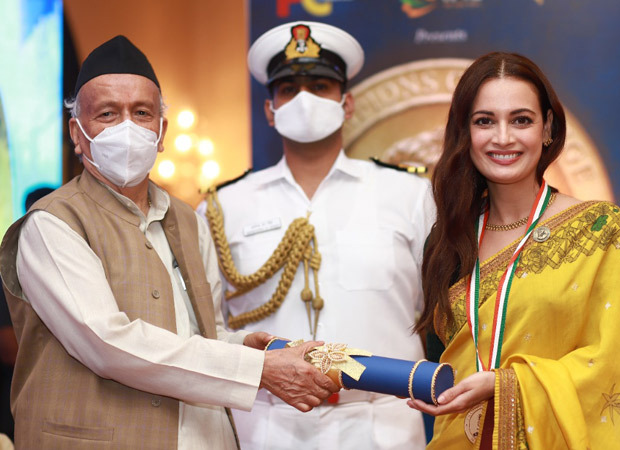 The award ceremony geared toward honouring those that have been working in the direction of elevating consciousness within the fields of social welfare, well being care, schooling, tradition, and sports activities in congruence with the democratic beliefs of Chhatrapati Shivaji Maharaj. UN Atmosphere Goodwill Ambassador & United Nations Secretary-Basic Advocate for Sustainable Growth Objectives, International Ambassador IFAW, Dia was honoured for the exemplary work she has achieved within the discipline of social welfare within the state.

The award was organized by the Interactive Discussion board on Indian Financial system (IFIE), which is a acknowledged, not-for-profit organisation and has previously invited personalities just like the Vice-President of India, Shri M Venkaiah Naidu, and former President of India, late Shri Pranab Mukherjee to preside over their occasions.

Previous winners embrace, amongst others, Shri M. Okay. Stalin (CM of Tamil Nadu), Shri Hemant Soren (CM of Jharkhand), and Shri Manish Sisodia (Deputy CM of Delhi). The award was given to Dia within the presence of H.E Shri Bhagat Singh Koshiyari (Governor of Maharashtra) on the Taj Mahal Palace, Mumbai on 30th September.