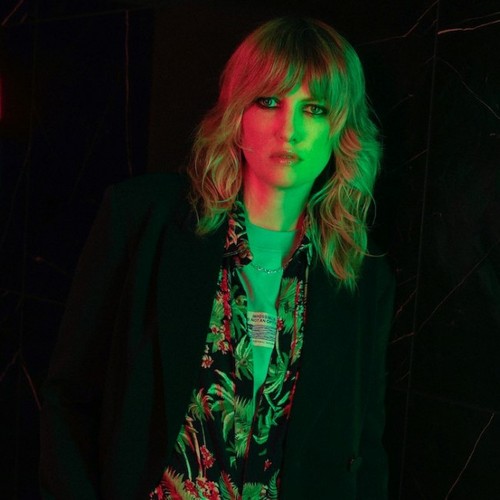 The 41-year-old New Zealander’s fourth studio LP is her first since 2016’s ‘Wild Issues’ and it’ll drop on October 8.

The five-year break between information has seen a number of life-changing occasions occur to Ladyhawke – actual identify Phillipa ‘Pip’ Brown – together with getting married to director-and-comedian Madeleine Sami and Pip giving start to their lovely daughter in late 2017.

Ladyhawke – who received her moniker from Richard Donner’s 1985 fantasy movie of the identical identify – admits her sickness and struggles with despair and anxiousness have influenced the songs on her upcoming album, which she began writing in 2019.

She mentioned: “I used to be feeling fairly grateful to be alive and making music, so I felt like I didn’t ‘care’ anymore – not in a foul approach, I simply stopped over considering it.”

Discussing her remedy periods and the medicine she has been prescribed to assist together with her psychological well being circumstances, she added: “I’ve had despair and anxiousness for a very long time and all the time been actually open about it. I began remedy in November 2019 repeatedly. I had reached the underside, I realised I wanted assist, and I used to be advisable somebody via a good friend, who was used to speaking to artists and artistic folks.

“It felt like final 12 months I modified my entire life. I made a decision to strive medicine for the primary time, and it turned every thing round and made me really feel like a have not in a very long time. My mum mentioned she hasn’t seen me like this since I used to be 17.”

Ladyhawke has additionally introduced her new single ‘Blended Feelings’ which she wrote with PNAU members Nick Littlemore and Jono Sloan, it’s the second single following on from her collaboration with Broods on ‘Responsible Love’.

Discussing her newest single, she mentioned: “‘Blended Feelings’ was written with outdated mates Jono Sloan and Nick Littlemore whereas I used to be on a writing journey in LA. Sloan had give you a very cool bass groove which Nick and I riffed over to get the lyrics and melody. The music is about all of the issues you’ll be able to really feel with one particular person, typically all in a single day. Ups and downs, confusion, highs, and lows. And every thing in between!”